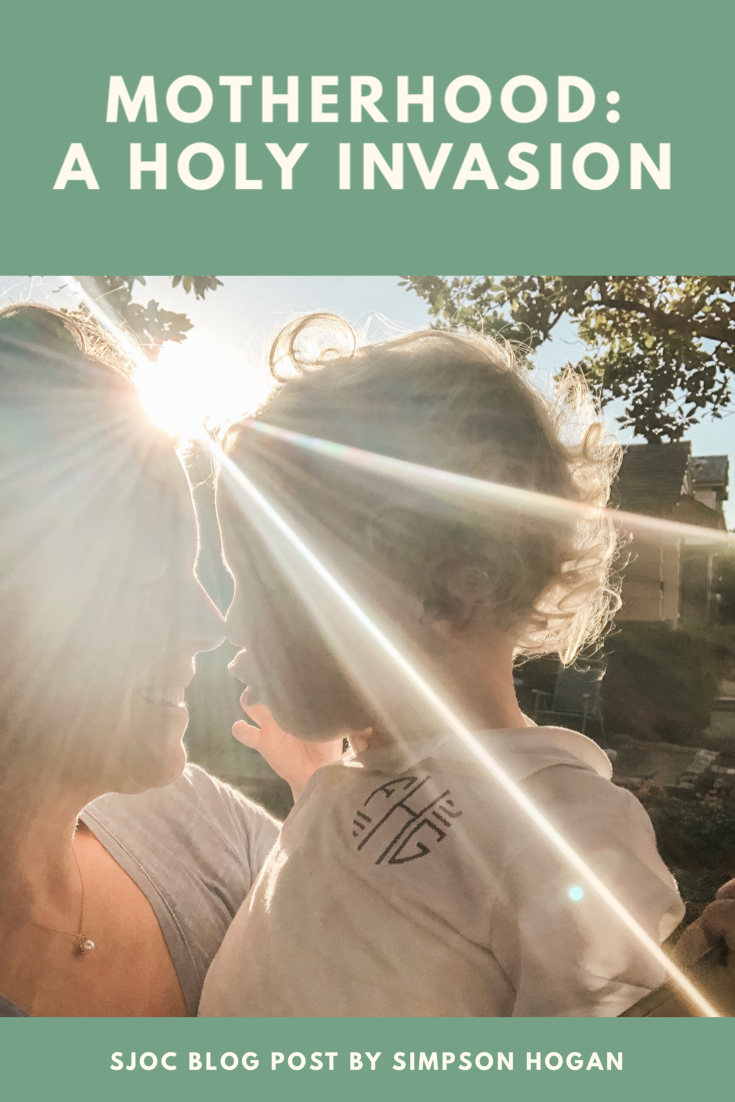 I became a mother 5 years ago. That jump from 0 kiddos to 1 tiny baby nearly ended me. My world was invaded by a tiny being who absolutely depended on me. My ability to take a shower or use the restroom or watch a movie or sleep without being interrupted, or to go to Target alone or be in the car alone - to do anything alone - all gone. Just like that.

In the years following, I had two more babies in as many years. Less actually. And the invasion was complete. The Lord certainly has a since of humor. After baby one, I had quietly decided that we were probably a “one baby family”. But before I could breathe a word of this decision to my husband, you guessed it, I was pregnant. Baby number two, however, cured me (mostly), of my desire to eventually get back to that life I had before my tiny invaders. By baby 3, it was a regular party.

In motherhood, I have found, when I look, when I look hard, this is a space that touches what is real and profound about life in a very ordinary way. In the caring for the most basic needs of another human. The feeding, the cleaning, the changing of diapers. In motherhood you are strong armed into caring for another human in such a way that you must sacrifice yourself. You are invaded. From the word go. There is no other way forward, but to sacrifice. This is holy work.

This is the work that echoes the work of our kind Father. It’s an echo of a loving Father caring for his people. A Father reminding, disciplining, guiding. A thoughtful Creator tending to the rhythm of this world. The sun coming up and setting, the tides coming in and going out the seasons changing. Day after day our Lord cares for the most mundane detail on repeat. In turn, this constant repeat becomes a masterpiece to know Him more. It is a love song.

You know how in The Great Divorce, C.S. Lewis describes heaven as being so real that it hurts? It is so real that the grass hurts your feet to walk on - you are less real than the space you are inhabiting. It’s uncomfortable. This is very much like the space of being a mother. Parenting a child is a real space. It touches eternity in every moment. Every moment is a choice to reflect love. A choice to speak truth. A choice to live inside of the power of the grace we have been given. In parenting, one is helping to shape eternal souls. It is real. The reality of this space is uncomfortable. Even too much to bear at times. In such a real space, a space that is more than we can bear, there is grace to be had, grace to be feasted on, and most importantly, there is more grace than we need. There is abundant grace in such a space.

In the real and uncomfortable moments we are touching eternity and we are covered in grace. In the real and uncomfortable moments life happens and the Giver of life delights to flourish our meager efforts. I’m grateful for the invasion of my space. I’m grateful to be in a space that is more real than I am. It is a space that is shaping me for what is to come.

Stuff about God, the Church, and other musings...